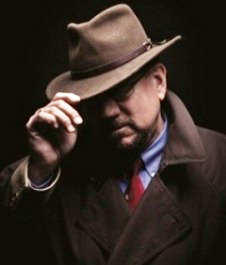 Dan Neumann, the main character in Phil Rustad’s Murder Mystery Series, is both a typical Minnesotan and a very unusual Law Enforcement Officer. He grew up in the Minneapolis suburb of Edina, active in the usual Minnesota sports of hockey, skiing, fishing, and a little hunting.

College gave him a degree in Psychology, a wife, and a unexpected direction. After a police department “ride along” became a patrol officer. The end of his first two-year tour hooked him. His wife, putting her brand new JD to work filed for divorce.

Eventually, Dan moved to the SWAT Team, then narcotics, then homicide. Along the way, he developed expertise in firearms, ballistics, blood spatter and firearms training.

The legal community recognized his ability to explain firearms in crimes and the effects of bullet wounds on the human body. He testified all across the country. The second group wanted his expertise for a completely different purpose­—entertainment. He loved getting paid, and handsomely, for training and gunfight choreography.

He retired from the MPD, but was kept on as a consultant, which provided health insurance and a badge. They still have plenty of work for him.

NOW AVAILABLE AT AMAZON, APPLE, AND OTHER ONLINE BOOKSELLERS

If you like a good mystery, are interested in how conformation dog shows work, or both, this is the book for you! Available in wide release on March 1, 2017. Buy Now