“Alamo promises to be a title worth reading….” 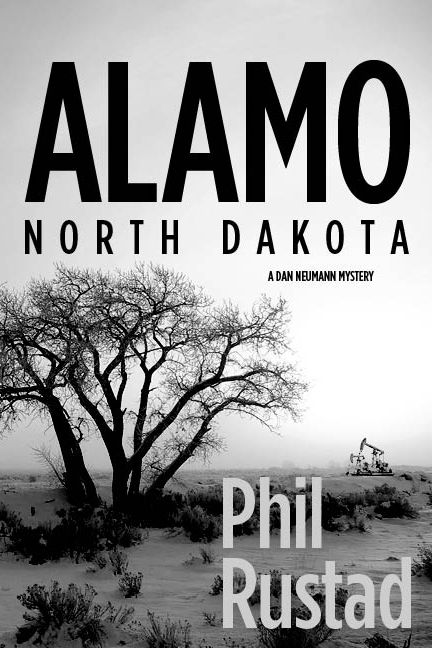 Semi-retired Minneapolis homicide detective Dan Neumann is happy to hear his best friend’s voice until he hears Pete’s words: “I need your help, buddy. Grams is dead.” Dan’s shock at the news about his surrogate grandmother turns to outrage when he learns Grams was murdered. He assumes it was a random break-in until Pete and the rest of his family are also targeted. Finding out who and why becomes Dan’s mission. The puzzle becomes even more complicated when the investigation reveals a professional hit man and a lethal gas from the Balkans of all places, which is an invitation to the FBI to take over the case. No matter. Jurisdiction means little to Dan. This is personal.

Following the evidence into a land of multi-billion-dollar mineral rights contracts, Dan learns about the Bakken Oil Field and a complicated, ugly world of fraud and conspiracy inhabited by men whose greed respects no one, not even family. As nature’s winter fury swirls around him, Dan faces the killer in territory he never expected to find himself – “about thirty miles from the middle of nowhere – “Alamo North Dakota.”